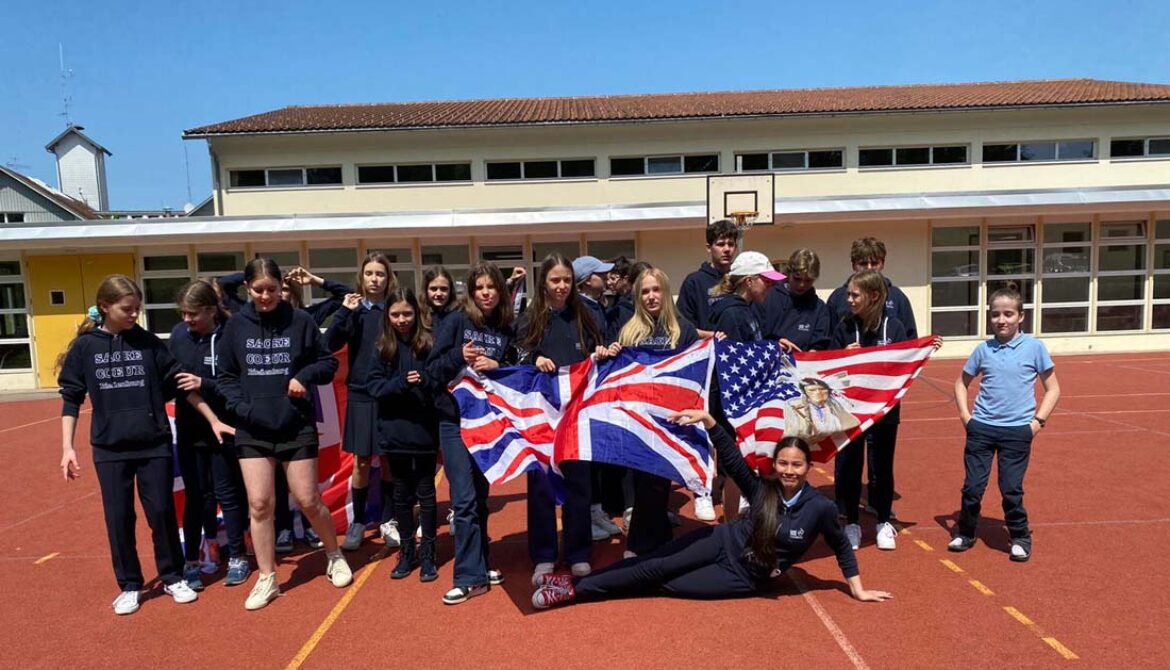 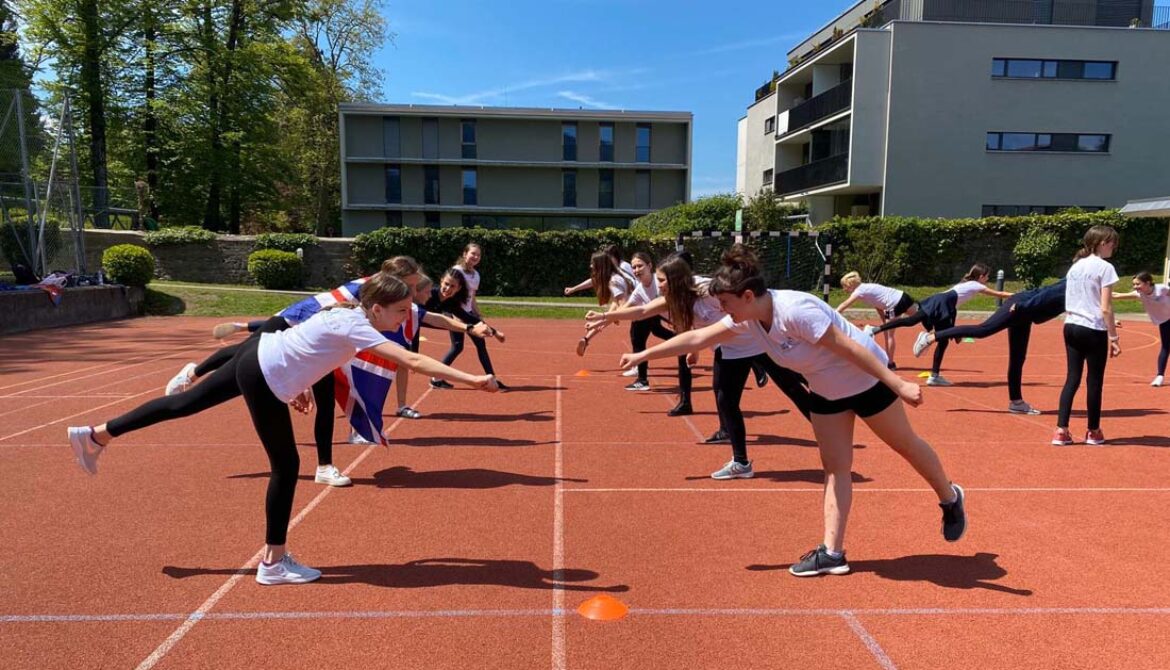 English Workshop with JSE and the Great 3rd Form

For 3 days in May the American teachers from JSE put a special shine on the language skills of our 3rd form students. Apparently, only flying over pond could have topped the experience. There were suddenly very professional looking film teams all over the Riedenburg campus, the delicious smell of pancakes filled the gardens and the school and what’s more, English was to be heard even from the sports grounds from very athletic American football players. A longstanding success story that will be continued next year. Over-the-top exaggerated? Well, here is some feedback, from our students.

We didn’t like JSE – we LOVED it!
Everything was so cool. The best thing, of course, was making pancakes. We made about twenty of them, and they all tasted delicious. But playing American football was also a lot of fun, and we also liked playing games like 20 Questions.
We’ve learned a lot, like how to pronounce some words correctly – and we also dare to talk in English more now.

What I liked most about the workshop was that we dared to speak English and to ask questions. Also, we had a lot of fun together. My highlight was making the film with my friends. Additionally, I learned how to play American football and how to write a script and make a short video-clip.
Livia Zimmermann, 3a

We liked the JSE workshop very much because it was a lot of fun. Of course, our highlight was eating pancakes. They were so yummy! But we also learned how to make a short movie and to play American football. It was great!
Marie-Theres & Lina (3a)

Recently, we have had a very entertaining English workshop. We really enjoyed it because we did amazing things! Our highlight were the pancakes because they were fun to make and tasted very good. But thanks to JSE we also learned how to play American football and to speak English fluently!
Mila, Aurelia & Leonie (3c)

During the three days I really enjoyed making the film and I also liked to play football with my friends. However, my highlight was to bake pancakes. Also, I think I speak and understand English better now!
Lena Schwarz (3c)

We liked the workshop very much, because the teachers were very nice, and it was cool to spend so much time with them. We learned how to bake really delicious pancakes, and to speak English better – and we also learned that Jacob is not Daniel Radcliffe! 😊
Lavinia & Maksalena (3a)

I really enjoyed playing American football because I like this sport a lot.  Also, I really liked baking pancakes and learning new vocabulary.
Nikolai Blum (3b)

We liked the workshop very much. The best part was when we got to make films, and so we learned that school can also be fun! 😉
Anna & Anna-Maria (3c)

Doing the workshop was a great idea, we had a lot of fun together! Our highlight was making pancakes because they were really good and tasty.
Romy & Dunija (3b) 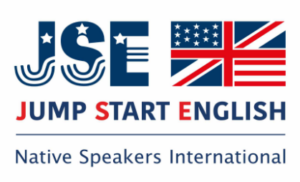 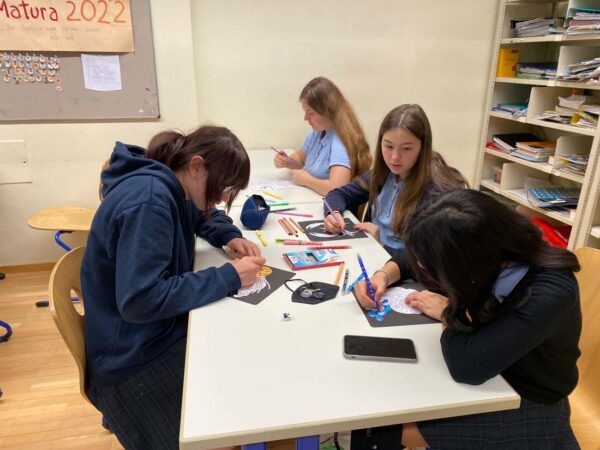 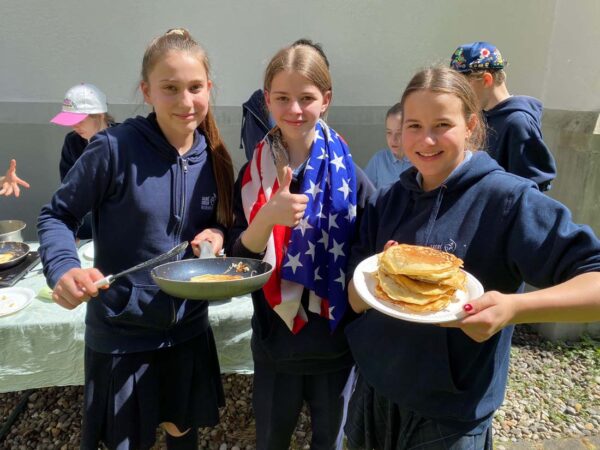 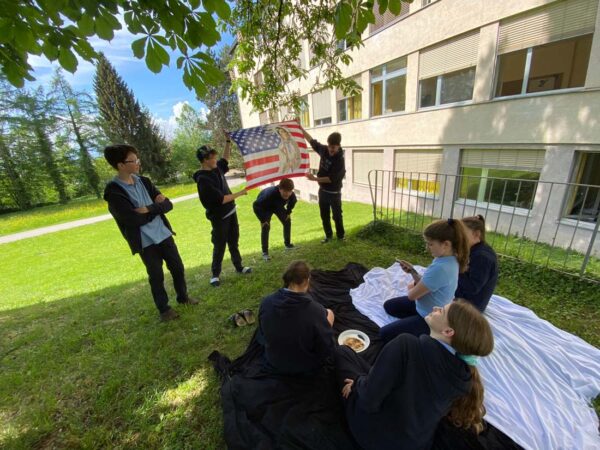 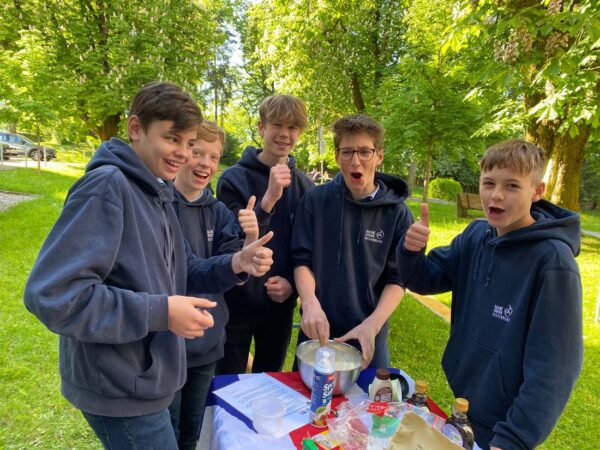 English Workshop with JSE and…